“…in any and all circumstance I have learned the secret of being filled and going hungry, both of having abundance and suffering need.”  Philippians 4:12 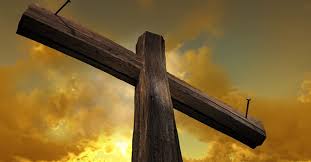 I’m not sure who said it first, but I clearly remember hearing repeated often, “if you want the right answers, make sure you ask the right question first.” In the section of verses the above is in, Paul is thanking the community church in Philippi for supporting him while he is in prison. But he continues on to say that one of the things he has learned during his time in prison is contentment, pointing out that becoming content is a “secret” that can be learned. What I wondered to myself is, did anybody stop and say, “wait a minute Paul, what’s the secret?” In a sense, the answer is imbedded in verse 13, but I really think it goes deeper than that, and few of us (I’m talking to myself here) have stopped long enough to really ask Paul the right question: “What is the secret?”

To get the answer, because Paul was not one to keep things to himself for his glorification, let’s look at the context of this section.  Paul is talking about the giving hearts of the church members. He knows they aren’t wealthy, yet they have continued to support him in his ministry from the time he first met them up through this current imprisonment. But he says even if they didn’t, he would still be content with whatever he had.  Most of us wonder (sometimes out loud) if we could learn to be content if we had our stuff taken from us, but rarely talk about contentment when we have plenty. Paul here says that skill has to be learned as well. Wait, you might say, when I have a lot of things, I am content, because I’m not as worried or anxious. I would simply reply to you, really? You’re not at all concerned you might lose it one day because of some outside event you can’t see coming (pick any event in 2020)? So, what was Paul’s secret?

As I have been praying and reading these past few weeks, I really think Paul had had his eyes fully opened to what God was trying to teach the Hebrews during the Exodus and beyond. Paul was always reminding his readers about the Exodus as God’s pattern for what was coming, and he saw Christ as leading us in our “new” exodus to the new and restored kingdom He would ultimately bring about. That being said, I think Paul saw something in the teaching of Moses that got him to see Christ in a fresh, real, and satisfying way. A way that brought complete contentment in his life, independent of any circumstance, good or bad, in which he found himself.

Please allow me to connect a few dots for you here, as God has for me. First,  when God was telling Moses to tell the Hebrews how the land would be divided once they got to the promised land, He made a very clear point; He (God)  owned the land and they (the Hebrews) were aliens and sojourners in it (see Leviticus 25:23). They had a perpetual leasehold in it, but no accrued ownership. It was, and would always remain, His. Second, skip forward to David when he was raising the offering for the temple that his son, Solomon, would build after he became king. In I Chronicles 29:14, David acknowledges in his prayer to God that no one should make a statement about his or anyone else’s generosity, because it all belonged to God already. All David did was move a portion from one of God’s hands to another (my paraphrase).

When you take these (and several other similar passages I have left out) I really believe this was the secret Paul said he had uncovered in scripture. God was teaching us not to try and “own” anything, but to be grateful for the resources God provided to us to use them in a way that God directs. Paul had been able to see that whatever we decide we own, we are determined to hold onto, and that determination fosters idolatry. Idolatry is not a word we use much, but it was sure in the mind of any Hebrew, because it had ultimately cost them everything during the Babylonian exile. Idolatry -the opposite of having no other gods- is the stealing of God’s glory and giving it to something, or someone else. It is very simply us trying to find life in a dead thing. Paul, I believe, had discovered it was rooted in the concept of ownership of things.

Now it’s time for me to say what I’m not saying. I’m not saying “owning” a house (or houses), a car (or cars), having material possessions and savings are sins. Paul was not saying that either. What he was saying was believing those things belonged to you, and trying to get satisfaction from them, was dangerous. They were false gods that would promise life but would only lead to discontentment. Let’s remember that Paul had once been a powerful and well-to-do Pharisee. It would be easy for him to long for what he had, thinking it would be easier to complete his mission with more resources. He ultimately called those things rubbish compared to what he now had, which was Christ.

So, it ultimately comes down to the issue of attachment. Paul realized that when he thought he owned something, he became attached to it and when you are attached to something it becomes your life source. Jesus said very plainly that we are to die to our old lives (detach) and abide in Him (re-attach). The truth of the gospel is that we can only be attached to one thing, the world and its things, or to Christ. Paul’s contentment and strength were found solely and finally in Christ Jesus. Everything else he had was simply at God’s disposal, provided to His servant to be used at God’s direction. When you own nothing, you can’t lose anything. When you give yourself fully and totally to Jesus you are complete, and in Him alone will you find contentment.