“Whenever I meet someone in need,” she said, “it’s really Jesus in his most distressing disguise.” –  Mother Teresa 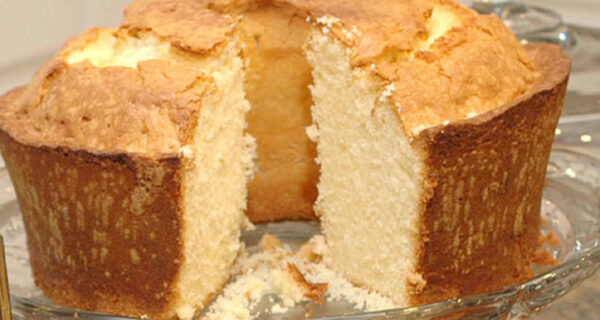 He shouldn’t have been there. In 14 years of traveling to and from home on I-65, I had never seen a homeless person at this exit. Exit 31 has such little traffic it couldn’t yield much hope of adding to his inventory, but yet there he was. As I briefly looked around the inside of my truck, I didn’t find much that could help him. I was coming back from a quick trip to Birmingham and had only my clothes and a Pearlie Mae pound cake that my Mom had saved for me. These pound cakes are as precious as fine jewels and I wasn’t about to give that up. So, after a quick look, I turned left and off I went.

Pearlie Mae started working for my family in 1965 when I was seven. To this day she still calls me baby. Toward the end of Mom’s life, they would just talk and she would mostly bake pound cakes for us. Mom and Pearlie were more like sisters than anything else. To say she is family would be one of the greatest understatements in history. Pearlie’s pound cakes are legendary and have been known to cause family fights when the inventory gets low. They are rationed out by the slice, and if you have been the recipient of one, count yourself as fortunate. We guard them like gold at Fort Knox.

As I continued south down Hwy 225, I couldn’t stop thinking about the man I had seen. In a few hours it would be dark and I knew the odds of him getting much to eat were slim. I tried to justify driving on by telling myself I really didn’t have anything to help him with, but it wasn’t doing any good. As I got to the stop sign at crossroads, I decided to turn into the gas station. Once inside, I started gathering up Gatorade, Vienna sausages, pork and beans, crackers; most anything that he could travel with easily. As soon as I loaded it in my car, back up the highway I went. Now a little anxiety was setting in. What if he was gone? What if I missed my chance? I pressed the gas pedal a little harder.

Let’s just pause here for a minute. Why is it, even when my intentions are good, I think as long as I give something it’s ok? I’m sure he would be happy with what I purchased for him, but you and I know it wasn’t my best. My best was on the seat next to me. I want to help as long as it doesn’t get into what I value most. God, I’ll give you some time, but not my best time. I’ll give you some money, but not from the top – only after I have taken care of the “important” stuff. God, and this fellow, tend to get what I have left over. Really, the stuff I don’t want. God gives me Pearlie pound cake and I give sardines back to Him.

Back to the story. As I crossed back over the interstate, I strained to see if he was still there.  Sure enough, crouched down by the stop sign, my new acquaintance was still waiting on whatever would come his way. As I pulled over by him and rolled down my window he stood up to walk over to me. That’s when I saw them. His eyes were a clear metallic blue and pierced a hole right through me. His face was worn and weathered and could have been owned by someone younger, but looked 60. The eyes were different though. They said maybe 30’s, and as intense as they were, they held a certain sadness. A sadness that comes from being looked at but not really seen for way too many years. Eyes that just want to hold someone’s attention for more than 5 seconds before they look away. These eyes told me I was looking at someone very special. That I was going to be the fortunate one that day. Jesus lived the last three years of His life with no permanent address, fully dependent on others to provide Him food, clothing, shelter and friendship while He ministered to others. It would make sense that if I found Him again today, He’d be curious to see if I would still offer Him the same things (see Matthew 25:37-40.)  Would I know Him if I saw Him? Would You?

We started to talk a little as he walked over to my truck. I said I had gotten him a few things to carry with him on the road and he began to take the things out of the bags and put them away in his backpack. As he thanked me and turned to walk away I asked him to hold up a second. I reached down into the front seat and pulled out Pearlie’s pound cake that was wrapped in foil and handed it to him. He asked what it was and I replied it was most likely the best tasting thing he would ever have this side of heaven. His eyes looked directly into mine, this time a little softer and with a smile. He simply said “God bless you my friend.” I smiled back and replied, “He already has, friend. He already has.”