“I press on toward the goal for the prize of the upward call of God in Christ Jesus.” 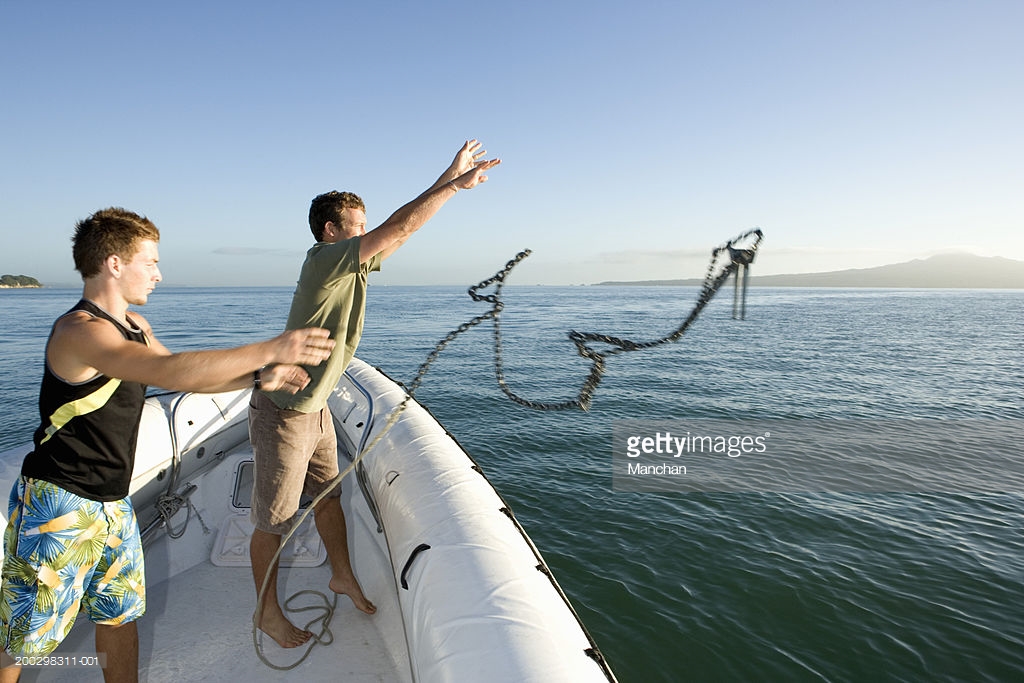 For some odd reason a memory from my high school days flashed through my mind the other day.  I had gone to Pensacola to play in a golf tournament and was staying at my friend John Miller’s house (no relation to the golf analyst, by the way.)  His family lived on the bayou and owned a boat, so one evening his dad let us take it out to go fishing in Pensacola bay.  We were out by the mouth close to Fort Pickens when we decided we had had enough fun and would head back, but the motor wouldn’t go back down into the water. We worked on it for about 30 minutes with no luck and when we looked up we had drifted about 300 yards from the shoreline. Drifting seems like a tranquil word until it takes you into the bay, away from land, in the dark.

This was way before cell phones, so we quickly tossed the anchor so we could see what solution we could come up with, as swimming in black, bay water didn’t seem like a great option. We found one paddle and no radio.  Up the creek (or bay) with one paddle on a 21 foot center console is pretty much the same as up the creek without a paddle. Then I came up with an idea. I would throw the anchor as far as I could, and when it caught I would pull the boat to it. After a couple throws we realized we were making small, but positive progress. Intentional effort was overcoming distracted drifting.  After about 30 minutes, we got the boat to shore, walked to the Coast Guard station and called John’s dad to come get us.

This story reminded me of something I had said to a couple of friends the other day when we were discussing marriage. I said nobody ever drifts closer together. You either pursue oneness deliberately or you drift apart. The same can be said about our relationship with God. We are either pursuing Him or drifting into relationships with other things. I think this is what David was feeling when he said “teach me your way, O Lord, and lead me on a level path…”  He uses that phrase “teach me” all through the Psalms, acknowledging that unless we seek God’s counsel constantly we will find ourselves off course, slowly moving away from what we should be seeking. Likewise, The writer of Psalm 119 uses the phrase “teach me, O Lord, the way of your statutes, that I may keep it to the end.” 8 different times in that Psalm alone.

I want to point out that in my story above, John and I weren’t doing anything wrong. It wasn’t like this was a lesson to be learned for doing something bad. We simply quit focusing on what was important (staying close to shore) while we pursued another activity. That’s how we let morally neutral tasks take us away from the important task – staying close to God and pursuing a closer relationship with him. Anything we do that doesn’t intentionally move us toward a closer relationship with God, will allow us to drift away from him.

I am reminded of something a friend once told me. I may get the math slightly wrong, but you will get the picture. He told me a supertanker at cruising speed will take 5 miles to stop with the engines switched to full reverse. That means if you are standing on the front of the ship, you think your life is moving forward when it’s really going backward. That’s the difference between inertia and kinetic energy. The false idea that because we started one way we will always go that way, even if we have allowed our spiritual engine to slide into reverse. The forward motion starts to slow and eventually takes us away from where we intended to go.

As I get older, I am finding my prayers are becoming less and less about things and more and more about a person. God show me more about what you want. Jesus, teach me how to stay close to you. To see your greatness and glory is all I really want. As I start a new day, show me more and more of your nature. Your kingdom come, your will be done.

So it comes down to things that are simple to understand but difficult to maintain. It gives me a greater understanding of why Paul said he had to die to himself daily , and he needed to pray without ceasing. Where are you headed, and what gear is your motor in? Each of us gets to choose what direction to move in and who we want to be close to.  Teach me, O Lord, the way of your statutes, that I may keep it to the end.  Amen to that!