“For we are His workmanship, created in Christ Jesus for good works, which God prepared beforehand, that we should walk in them.” 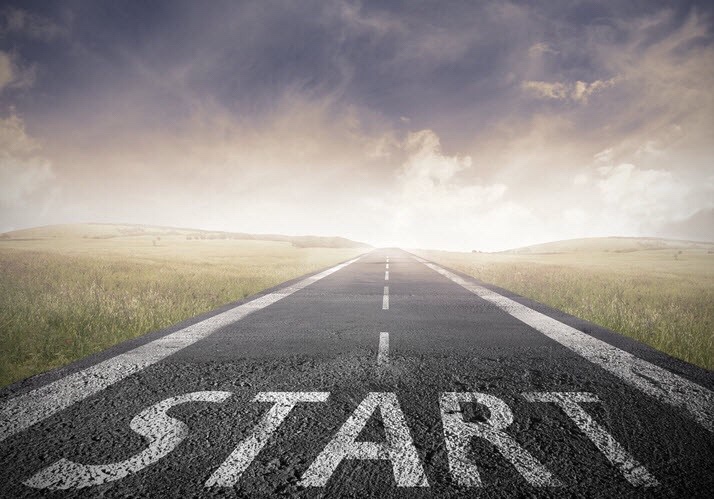 Yes seems like such a simple word. We use it every day with choices big and small. Cream and sugar? Yes, please. Onions on that? No, thank you. We run through the gamut of decisions and create positive and negative outcomes mostly without thinking. Working off of some pre-programmed response carved out by years and years of shaping. However, all of these yes’s and no’s has brought each of us to the place we are today. Each decision a small course correction on our individual life journey.

Do you ever really think of your life as a journey? I dare say most people don’t. At the end – or even at some waypoint – some do; but I’ve observed most people see themselves on some kind of river that’s moving them along, with little control as to where they will ultimately end up. That thinking is contrary to God’s plan for each of us and contrary to the story He is telling in His word.

From the point God spoke time into existence – “In the beginning, God created” Genesis 1:1 – there has been a plan. His plan for His creation, all humanity, and for you and me individually. This is not only placed in scripture for our instruction, it is there so we can know our heritage. And by knowing our heritage, we can know and influence our place in His plan.

So, among all the choices we have each day, the most important one is answering His question to us; Do you want to step into my plan or not? In the verse above that Paul wrote to the congregation in Ephesus, much attention is given that we are made for good works. That, however, is only part of the story (and the least important part I might add). If we just focus on the first half of the verse the emphasis is on goodness, disconnected from God. A morality view connected to us, but removed from God. Goodness as its own end, if you will. But when you connect the the two halves, you get the real picture. Work that is good because God created it, planned it, and invited us into it. The work is not good because we do it. It is good because He planned it, and by His grace, He calls us into it. Our part in the journey is to say yes.

But what if we say no? What then? Let’s look back at Genesis again. Most people know who Abraham is, but I would say most haven’t heard of Terah. Terah was Abraham’s father and you can check me on this (see Genesis 11:31) he got the first opportunity to take the family to Canaan. Instead of saying yes, however, he stopped short in Haran and died there. As many have said over the years, partial obedience is disobedience. Then God turned to Abraham and said go, and Abraham obeyed said yes. Make no mistake, God’s plan will get carried out with or without us, and when one says no, God moves to the next. That was Abraham and because of that yes, he was written into God’s story and is a heritage all believers in Christ can cling to.

You are heading somewhere right now. Is the journey you are on of your own choosing, or of God’s choosing? A destination that will be determined by faith in His divine plan or by chance? At it’s core, the story of heroes (and isn’t that what we all want to be) in the Bible come down to a simple “he/she said yes”. They didn’t receive glory, riches, or fame but their simple obedience brought glory to the Father. These stories were ultimately summed up in Jesus’s answer when confronted with the cross. He said yes, so we could be written into the story of redemption. Today you have a choice. I’m asking you to listen. You’ll hear His voice and He’s calling you to Himself and into His work. Your answer will not only alter the direction of your life, but the lives of others looking for an example to follow. Yes. Three small letters made powerful when spoken to the creator of all things.